fuggg said:
as other users have already advised you, be skeptical about these morphs. I had a chinwing surgery with brusco aswell and the morphs were not really accurate in my case - side turned out better than prognosed and front worse.
Click to expand... 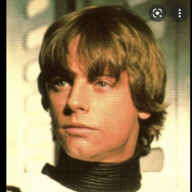 Acromegaly_Chad said:
The morphs you received. Forget that shit right now. You will look NOWHERE near like this.

Look I'm not morally obliged to give you this information, but I still will.

Why are you a bad candidate for chin wing?
- Short ramus: Elongating the ramus will stretch the masseter muscle and lead to hypertrophy. The two best maxfacs of Switzerland (and among the top 10 worldwide) told me that.
- Foramen Mentale is close to the edge of the corpus mandibulae: You are at excessive risk for permanent nerve damage.
- Narrow ariways: You have 7mm, average for an adult should be 11mm.
- No jaw angles: what Dr B told you is SIMPLY WRONG. If you start with no jaw angles, it will ne even worse after a chin wing.
- Your dentoalveolar arches look recessed in the pics and you have overall a lot of soft tissue in the frontal face, a chin wing would make that even worse.
- Chin wing will make your mouth smaller.


My suggestion for you: Go see Dr Zarrinbal and ask him about Bimax and short chin wing. And always go get AT LEAST 3 different opinions from different maxfac surgeons. If you are in Zurich, I recommend Dr. Jacobsen and otherwise, go see Dr. Alfaro. As @subhuman incel has already said, I have made a horrific experience with the doc you are currently considering. Of course, my experience doesn't have to be representative for all his patients. I won't talk shit behind his back on forums, every surgeon has cases that are not satisfied, and I'm one of them. Simple as that.

You have been warned against the Chin Wing procedure, if you go for it, you'll have to deal with the consequences.
Click to expand...

I feel like all this dude rly needs is buccal removal, perioral liposuction, and a vertical lengthening jaw angle implants. If not bimax, would this be what you’d recommend as well if bimac wasn’t an option? I ask because I have similar situation as this dude. I have too much fucking matter on the front of my face it all bunches up like a little gay baby goblin when I smile

Simple said:
Hi all, I am pretty new to the forum but have been lurking A LOT in the past few weeks.

My aim is to look conventionally more attractive. I think my biggest failos are my recessed chin as well as my non-lean face, and AFAICT chin wing + buccal should help with both of these.
I have attached pictures of a CT scan (I know, shit quality), myself in relative good angles, myself in shit angles, and morphs/technical drawings I got from Dr B. For the technical drawing, left is me currently, middle is after chin wing + buccal, right is after jaw implants + genio. I was between ~13-15% body fat for all of these pictures (abs slightly visible).

What do you think? Is it stupid to not go for bimax + genio? Should I do something completely different?


Thanks, any comments appreciated bimax that jaw u noob
You must log in or register to reply here.

C
My Looksmaxxing plan and journey so far

Friday at 1:19 AM
Captain Squirrel
C