When I fell in love with her back in 2012, it was mostly looks because she was objectively the best girl in my proximity. Her hair, her eyes, her body, her braces, were so cute to me. Her voice was also very cute too. But personality wise, she didn't really display anything that was any different than the other girls i knew.

At that point, I just believed her to have some sort of amazing personality that would be brought out had I been gl. I didn't really see anything in her besides looks and estrogen. She didn't really come off as a good person either. I think she was bitter because she couldn't get chad.

And when we met again, in 2017, she was like a different girl to me. I was over the HS stuff. To me, she was just a girl I happened to know from before.

But since she was the only girl to show some interest in me, I instantly became very emotionally dependant on her even though the teen love magic, wasn't there anymore. In the end though, she brought up the HS rejection by saying "Persisting with me didn't work back in HS, it wouldn't work now either". She never forgot that, she always remembered how she turned me down in 2012.
Last edited: Sep 20, 2018 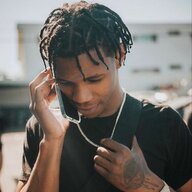 0
You must log in or register to reply here.

Discussion Have you ever told a girl you love her? Has a girl ever said she loved you?

Serious (I need help) I was about to being extorsioned, this is a serious legal thread, i need to call a lawyer o it doesn’t worth it?

C
Discussion Regret is a much worse feeling than soft rejection

Blackpill Male depression is met with indifference by society, including by your own family.