Blackpill At the dollar store today 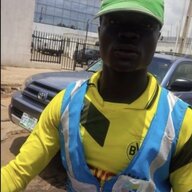 I was at the dollar store and I was buying some stuff. There was a low tier Becky in an aisle I was in and I had the strongest urge to go behind her, grab her hips and start kissing her.

She left and I was left thinking about it. Ofc I was still hard. I’d take anything, I’m srs. I’d LTR a landwhale and I’ve approached multiple landwhales before

over unless I lose weight tbh ngl

@Petsmart
@EthnicelAscension
You must log in or register to reply here.