If you spend some time with groups of women, you'll find that often they say they're attracted to guys because they "had that special something" or "sex-appeal" and that it was not in anyway related to their looks.

As a result, many guys think they can simply develop their inner libido and then girls will overlook their deformities completely.
Hence with one search you'll find posts like this:
https://www.wikihow.com/Have-Sex-Appeal

But I digress. One example of a "below average male who just had something about them" according to my mate is Heath Ledger 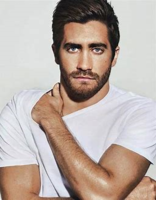 But the reality is, no homo, that they're both sexy cunts in their own right and if anything prove that harmony is everything.
If you're under the impression that you can simply learn the art of sex appeal with normie or below tier looks, you'll most likely either appear GAY or CREEPY due to low testosterone or uncanny imitation.

IMO this is one of the most common bluepills women dish out, so let this be the end of 'just have that special something theory'.

Yes this is true.

HorseFace said:
Yes this is true.

Also Gyllenhal has a poor maxilla
Click to expand...