I perhaps had the wrong strategy in my pursuit of moneymaxing. I was aiming for the very top. I wanted to be an UHNW individual.

Then I found about this guy. Mr Money Mustache. Look him up. TLDR A good looking Canadian who decided to workcel and live like a monk so he could retire at age 30. He writes a blog about his journey in Early Retirement and Frugal Life, which ironically enough have made him a few multi millionaire. His blog at one point was reported to be making 400k a year.

Now what I found about most interesting about this individual is that he hates luxuries and argues that frugal living is the way to go.

Now that inspired me to theorize a way for a slayer to slay with a low budget. At first I was thinking of maybe doing 5-10 million budget. But that is not hardcore enough.

I’ve been thinking of create the 1 million dollar slayer NW archetype. This slayer works best for SEA but could also slay in the west. 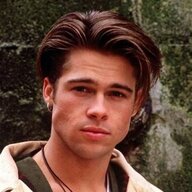 from the style of your writing and thoughts i can tell that you are
1. autistic
2. delusional
3. retarded

its over, never began, and never will
M

Muneeb said:
I wouldn't go for that personally it never appealed to me to retire early and be frugal
Click to expand...

Yeah, it's what literal incels do. Save money to retire and then? Be an old ugly lonely man with some money. I fell for this save every penny trap. I have classmates who are 23, in an apprenticeship and still broke at the end of the month, and guess what, they have a fulfilling social life with a girlfriend, friend group etc. People who aren't fearful of the future are more successful it seems. Chads don't care about saving every penny, they lease the nice car, they just get some pitbull, they buy new furniture just cause they feel like it.
You must log in or register to reply here.

I would mog hard with muh hollow cheeks ngl.

I hate myself for not trying to looksmaxx earlier

Even though I spend almost every moment of my life alone, the thought of having a GF to spend time with gives me FOMO that I could've...

Sep 14, 2022
Mungus
M
L
Serious Ever since I found out I was ugly, I always walk with my head down