Recap: Met my HS crush, got her number, went out with her but it didnt go well.

A week later I called her and asked her out again. She agrees but she had to check if she had money in order to be sure.

Around midnight, she texts me and tells me that we have to cancel because she is broke. A couple of days later, I called her again and she said she doesn't know when she will get money.

I didn't talk with her for a while and just chilled out. One day, I got sick and I had fever. I started getting desperate so I texted her that she is the only girl that talks to me for more than 30 seconds.

15 minutes later she called me and asked me if I wanted to meet with her and talk about it. We live in the same neighbourhood, so we met about 10 minutes later.

I had fever at the time so I couldn't think rationally and instead of making a move on her I kept telling her about how I'm friendless and lack a social life. And she tried to give me advice and told that it's gonna be fine and other platitudes. My father was looking for me so I went home.

A week later, I texted her saying that I had figured out why I was asocial. At that point, I was being a coward and instead of telling her the truth I runned desperation game. She called me two times (didn't hear the first one cause I was practicing bass) from her mother's phone and I asked her if she wanted to go out with me and talk about it which she agreed to.

We went for a stroll again and this time I brought up relationships and dating. She told me that she had dated may guys but never had a bf. At some point, she saw some street musicians and thought it would be cool if I did the same. So we arranged to go out a few days later and I would play guitar for her. "It's now or never" I said to myself. 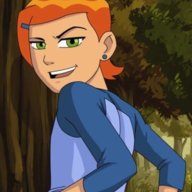 blackopstruecel said:
She told me that she had dated may guys but never had a bf. .
Click to expand...

yo wtf? dating people but not having a bf?

Genecel said:
yo wtf? dating people but not having a bf?
Click to expand...

It's femoid BS. She would call them 'fuck buddies', 'FWBs', but would not adress them as boyfriends or relationships.
You must log in or register to reply here.

Blackpill Just swallowing it down

On top of being depressed about my situation