[Method] How To Fashionmaxx The Best Way (balling on a budget) 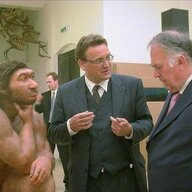 Im going to assume that most of us are in our teen's late adulthood and are self-aware and do not live under a rock. We see social media influencers on youtube and instagram who flaunt their wealth (or just status) with their clothing. Im sure you know the typical hypebeast around. They say fashionmaxxing is a giga-cope and chads can wear Walmart garbage and it won't affect him, which isn't necessarily wrong cause any chad could wear that type of shit and get laid. It more or less about status and clout.

Take for example this Vietnamese 5'7 chubby faced dude at my school. Guy just posts about his Supreme, Bape and other shit every other day. I think he was a bit self-aware he was looking too much like a hypebeast fag and made it more lowkey with the style where he was rocking trousers, a chain and tucked in shirt. 8 months ago he was a nobody but now he's hanging with the popular kids and going to parties and all this bullshit. And I know these women and how they think and they are purely just hanging with him because of that status, but I digress. Im just trying to say its more than shitty expensive cope, which is necessarily none of those things If you're smart enough.

I don't know how much of you have ever heard of taobao, or /r/Fashionreps because I've never heard any looksmaxxer talk about it either, but Im sure one or two of you already know. I learned the ways of the chink sweatshop abilities back when the subreddit which is basically just a subreddit to help noobs get in the way of buying chinese replicas, since the site is usually in chinese and confuses newcomers. Some of my close friends who were hesitant of these reps just being cheap knock-offs were always their first thought but whenever they actually got their shit in hand, it changed their mind completely. I'm not going to show you how to completely do the process since I assume you are not retarded enough to be able to not follow a simple guide on their subreddit. But the "process" usually goes like this.

It sounds pretty sketchy at first, but nah its completely legit. take for example this taobao store. It has no images of any items but just some kids as a sweatshop, but if you click on the separate links and see what all the options have item codes in them which are various sports clothing like Adidas, Nike, Jordan, and other shit like that. I've ordered at least 30+ items from this store alone and all the quality is dead ass the same as retail. For example these 3 stripe joggers I ordered on there where were 11$ NZD came in and are the comfiest shit I've ever worn, even comfier than my retail. I also ordered some adidas puffer jackets and shirts which are at least 50% + cheaper than retail for the same quality. Obviously, it seems a bit tedious but you can check their yupoo store which you can also order from but is just a little bit more tedious, but you can actually see the images of the clothing here >> http://adidas-nike-jisuyundong.x.yupoo.com/albums to get an idea of what im talking about.

Not all taobao stores are like this, and just simply blur out the logo because they know /r/Fashionreps members will understand and buy it regardless. Mentioning the subreddit, its now filled with kiddies looking for hypebeast shit, its best to ignore them and use their QC (quality control) pictures to see how good a seller's items are. so if a seller is selling some good Vans, for example, someone will "GP" (guinea pig) and show the quality, which will lead more people to buy it if it delivers. Use the subreddit to find more clothing links that fit your style, whatever that is.

For people who like supreme, and other hype shit, you will benefit the most as this is the type of shit sellers are targetting. You can get quality supreme tees from stores like DREAMTOWN and actually good the north face x supreme collabs like this mega list you can find here - Full TNF supreme list - every jacket

There are also simple basics, if you don't fuck with that shit like normal Dickie trousers and cheap shirts and comfy hoodies, are stylish. cwhat and more notably Nelly have cheap basics that you can't go wrong with. their shirts go for 4.25 NZD on the usual and the quality is amazing, their jeans are surprisingly nice and stretchy and their hoodies are amazing and comfy.

If some of the stores prompt up with a login screen, you either have to use mobile or make a taobao account (which can be canerous) though you can browse for shit on the subreddit or superbuy. I also like to buy my Ralph Lauren / Tommy Hilfiger / Calvin Klein underwear from LoveMedusa. Obviously, you can't get the grasp off ordering on this thread alone, so here are some links on how to do it.

Looks pretty cheap. Thanks for the info.

Doesn’t work if you don’t have a good face.
X

11gaijin said:
Doesn’t work if you don’t have a good face.
Click to expand...

The only thing I understood from this post tbh is that there is cheap af clothing that are comfy.
It might be a good investment since clothes are expensive in the west

x69 said:
The only thing I understood from this post tbh is that there is cheap af clothing that are comfy.
It might be a good investment since clothes are expensive in the west
Click to expand...

11gaijin said:
Doesn’t work if you don’t have a good face.
Click to expand...

My point was that if you buy the right shit it will give you a status boost, plus make you look like you got some cash.
I can't go to malls or retailers anymore because a normal hoodie of the rack will be around 110$ NZD at my nearest mall, but I could buy 3 shirts, a hoodie, trousers, and shoes for the same price. I've been doing hauls for 1.5 years.

If your interested in shoes, you can visit http://www.cnfashionbuy.com/ and look at Lins (which has 30$ Ultraboosts, with boost exact to retail, and makes you tall as fuck) And I've owned plenty of shoes on here and are as durable if not better as retail (depending on which batch you get, though.) the way that store works are similar you can put the link of a shoe (that is on that store) and drop it in superbuy like you would with a Taobao link and the Asians will buy it for you

x69 said:
Looks pretty cheap. Thanks for the info.

Yeah man, get your superbuy account set up and shit. 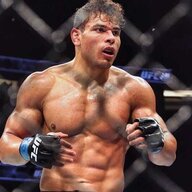 Probably my favourite thread thanks for this! 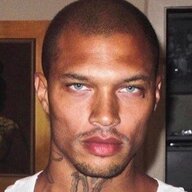 Fashion is irrelevant. It's all about face and hair.
O

None of those links work OP 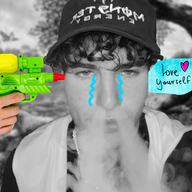 Yeahh legit! Being a repfam over 3 years and spent like 2k already on reps hahaha
D

Can somebody explain why is this "fashionable"? As to me it looks very trashy. I prefer pants and regular shirts. Like... Is it over for me? Do I just have no fashion "sense"? It's quite cheap too.
You must log in or register to reply here.

Guide HOW TO NOFAP?

Serious How are you guys planning to hide your surgeries?