It is more effective then even Hitler could have dreamed of and doesn't require government enforcement to work. When left to do what they want, when there are no fixed marriages etc., women naturally act as nature's genetic cullers, they weed out the genetic trash that would bring the species down if it reproduced and only go for the top tier men. It doesn't matter if the woman is a psl 3 and the guy is a psl 8, she'll still go for him because he would improve the genetic quality of her children even though in theory he should be way out of her league. This is why men who have fucked a lot are seen as studs by other women, it signals that they have high genetic worth and are desired by a lot of foids who are willing to compete for the privilege of riding chad's dick. After years of this genetic culling eventually incels will stop being produced because those genes no longer exist.
Last edited: Oct 17, 2019 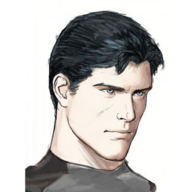 Did not read but yes I agree with the title. 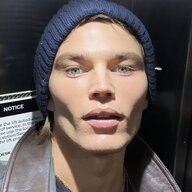 Not really correct. Most girls are fucking chads with a condom from 16-30, study and then make children very late. Mostly with their career maxxed looksmatch or even below looking dentist, lawyer or high earning subhuman. Providing resources is much more important when it comes to procreation.

Deusmaximus said:
Not really correct. Most girls are fucking chads with a condom from 16-30, study and then make children very late. Mostly with their career maxxed looksmatch or even below looking dentist, lawyer or high earning subhuman.
Click to expand...

They get pregnant by chad, hence all the single mothers, and then get beta buxxed later on in order to support the kids they already have. They marry for resources after they already have kids. 1
Theory undeniable PROOF THAT BEING NEUROTYPICAL IS GENETICS (CONFIRMED)

How Bad is hypergamy is Italy?

Blackpill Blackpill isn't just about sex. It's about EVERYTHING.

Discussion Success/hustler culture is a load of bullshit

Blackpill Why redpill is cope for anyone below white,6ft,HTN