I am afraid my former oneitis wants to harm me. What should I do? (Serious)

Basically, my former oneitis lead me on for nearly two years, most likely also sending our chats and my pictures to people who dislike me in my area. She did stuff like create a fake account to stalk my social media, broke up with her then boyfriend (that she might have abused, all rumors of course) because of me, and then proceeded to go on an early morning tirade about him, bullying him while "crying" on TikTok earlier this January, manipulated me every single time I'd "come back" by posting sad TikToks (crying ones, no tears but obvious red eyes, TikToks accusing her stepdad of touching her ass, and even ones making fun of me without directly mentioning me), faking moving to Florida from our state (far away from Florida), and much, much more. This went on from December 2020 to August of this year. I feel ashamed for falling for her BS.

After she blocked me and my online friend, I decided to start over my life socially, and started a new Instagram, so I could post myself and follow people nearby. I never once followed her account or messaged her, I did click on her profile, but never interacted with anything in it. You also cannot see who views your IG. I'll admit I looked at hers after the fact, again, I'm not perfect and I am ashamed of it. My full name isn't on the account, just my first name. No phone number attached, and a completely new email.

Two days ago, after work, I get a follow from this black guy named "Dwayne". I am weirded out. The only person I'm following is this one girl close to me, and she was not followed by him. His account was private. I suddenly recognized the profile picture....this guy was following....and FOLLOWED BY....my former oneitis. I know I did not accidentally follow this man, as when I follow requested his account, he denied it. Yet my former oneitis is following him??? Fishy.

A Google search gave me his name, address, and number. He lives REALLY close to me. It wouldn't make sense for my former oneitis to follow this man as she allegedly isn't in my state anymore! And there is no familial relation, whether by blood or by friendship, I have already crossed that off. Also, my former oneitis would be able to tell if I make a new Instagram, as she blocked me from her alt under the condition of "block this user and all of their other accounts". It means that if I make an account with my IP (which in this case I did), she can see when I make a new one. And in this case, I think that's how this happened.

When I went to this man's Facebook, I seen a lot of "RIP" posts. Also, this guy lives in an area in my city which is notorious for high crime, and gang and drug activity. My former oneitis at the very least does marijuana, which is not legal here. I don't know if she'd need a dealer though, her mom has medical marijuana for her terminal cancer that I know at the very least her brother uses. I actually ran into her mom earlier this year while walking, and it was the creepiest shit I've ever experienced. She just stopped and smiled, holding her phone out like she was about to take a picture of me, then walked away. I know it was her mom as again, I know what they look like very well.

I just get a creepy feeling about it all. I have had intuitions that she's no good and that she might want to harm me for almost a year now, mainly harm my reputation. Along with the timing of her following this man (around when I returned), I am scared. I just get a bad vibe from his social media. It sounds so irrational, but I just feel like this whole situation is trouble. My parents know I talked to her, but they don't even know two percent of the whole story. I have no one I can go to in real life to talk about this and get it off my chest. No person does what she did for nearly two years unless she wants to cause mental pain. I am probably just too paranoid, but I needed to say this.

What should I do? Should I tell my family? Confront him, or her? Should I ignore them both and continue to looksmax and ascend? Even though I am not sure as to if my worry is rational, I just want her and anyone that associates with her to leave me alone at this point. The moment I finally stop interacting with her, more stuff with her happens. SMH.

And no, this isn't copypasta. I just write extremely long threads. 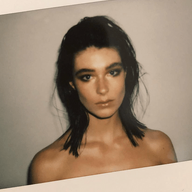 Ask the guy, girl, and mom to whiplash you 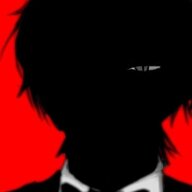 Not a single word was read that day
You must log in or register to reply here.