Rage I can't believe I got played by my oneitis

How could she do this to me? Ok, I talked her into making out and she agreed. She kept going at it, she let me kiss her neck, touch her boobs. I thought she was into it because she wouldn't stop.

Then she started telling me that she thought I didn't like her, she told her friends I friendzoned and that she wished I made a move earlier. And we had a good time afterwards laughing and being open with each other.

And when I brought her to her house, we made out in the car and she caressed my back and started heavy breathing. I thought she was into it and that she was getting off.

But it was all FAKE. She was toying with me and I fell for it. I can't believe I was that stupid. Why did she do this to me? She could have just cut me off instead of giving me false hope.

She is a nice person, I don't understand why she acted like that. Why do something when you will eventually hurt someone? I mean, she knew how it was gonna end but she still played along. I guess she just didn't care about how I felt.

And next week, when we met again, she denied everything she did that night, told me that it's all my fault for pressuring her and that I didn't turn her on. She also said that I should feel bad about myself for persisting with her since there was no chemistry. 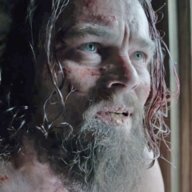 is op in jail for rape??

Damn its been nearly 3 years since this has been posted. So much has changed in my life since jfl, i was so careless back then

RoBobaFett999 said:
Damn its been nearly 3 years since this has been posted. So much has changed in my life since jfl, i was so careless back then
Click to expand...

Oh bro
You must log in or register to reply here.

I live in a giga Stacy mind rent free because I’m so ugly JFL.

Serious If a girl smiled at me,does that mean anything if I already know her? (Read the entire thread)