Success I made it

I am no longer an incel. I did not think I'd live to see this day.

I am writing this both because there's nowhere else to write it and to let anyone from .me (which I'll continue to use from time to time, just probably less regularly; resent having to be a blackpilled "normie", but I guess it's the closest to what I am, at least for now) know exactly what my situation is. Obviously do not intend to log back into truecels.org in order that the integrity of the forum be maintained as it was conceived.

I have a girlfriend now and consummated the deal a few hours ago.

I'm grinning ear-to-ear now that it's over. Years and years of toiling in invisibility, seeing lesser men succeed where I couldn't even get started and I finally broke free, if fairly late. No self-aggrandizing nu-male shitsucker has anything to hold over my head any longer, as we probably even have equivalent body counts at this point. The weight of the world slid off of my shoulders within the day.

In the aftermath, "slaying" has come to seem profoundly disagreeable and I think I am constitutionally unsuited to it. I don't ever want to have to visit a nightclub, an EDM concert, or any other debauched mating circuses, a world hidden from me in plain sight. I'm glad, in retrospect, that my Tinder hookups flaked. I think I'm going to hold onto this until it dissolves of its own accord; I didn't think that would be the case, but it's come to seem intuitively correct to proceed that way.

I'm still nearly as blackpilled as before and will not be able to cover over my naked eyes, singed by the horrible radiance of greed and carnality emanating from every living body, with the cool silk of delusion. I still have an unabating contempt for much of what surrounds me and still hope for a fundamentally different world and, failing that, abject collapse. But it's nice to be around someone that doesn't fill me with dread and nausea, for however long it lasts.

Leading up to this, I followed a trajectory that lead from touching someone for the first time in mid-May of this year, kissing a couple of weeks later, and now finally, on the evening of 09.02.18, dropping the final letter from KHHV. The timeline from nothing to something seems remarkably short in rear view.

I am completely serious when I say that I might well not be writing this if I hadn't signed up for incels.me in January of this year and started posting regularly around the Minassian incident. Before that, I hadn't written anything or spoken to anyone outside of a perfunctory and superficial work/school-context since I was probably 15 years old. Almost totally dead inside and left without the ability to form a friendship that wasn't predicated on a mutual hatred for the surrounding world and the people in it. Never found anyone suitable until I got there. I got dragged out of my head just by posting, but the definitive moment came in seeing Tinder experiments with bedroom pics pf people like whogivesafucc actually net matches ("that guy doesn't really look any better than I do..."). I put too much stock in needing to seem NT before that and figured I'd need better pictures (outside of my room + filled with people) and a willingness to "talk about myself", things which did not seem likely to become attainable. After a few days of a particularly potent bout of loneliness, I made an account and put a single picture on the app to see if I'd get at least one match. I saw the standard "somebody likes you!" blur immediately and went off to do something else for a while, reassured that I got someone. I came back after 30 minutes and thought the app was glitching when it showed me a "10+" icon. I am astonished that, on one hand, the notoriously difficult Tinder game was friendly to me when I spent 4 years of high school, 4 years of college without anything resembling an opportunity. No IOIs, no smiles, no stares, no talking, no giggling. I wish I would have done it earlier, but I had no reason to expect that it would work.

Again, this may never have happened if I didn't receive the bare minimum of socialization from an anonymous internet forum for some of the most rightfully angry and miserable guys alive. I was so isolated from everything around me that this marked an immense improvement in my opportunity and ability to communicate. Even if you're angry, think I am/was a LARPer , etc. - thank you.
Last edited: Sep 3, 2018 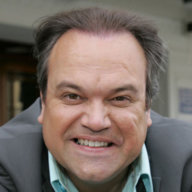 Congrats my man i feel the same actually about a lot of the blackpill stuff. For a long time, i thought i was fucked up and alone. But stuff like looksmaxing, jbw game lol, seeing tinder experiment stuff... gives me hope

Tony said:
i just hope one day my neck will be big enough to mire myself in the mirror saying fuaark
Click to expand...

not a word
You must log in or register to reply here.

I lost my virginity on the weekend with a sex worker

Serious I am gay, I ride a big black cock and I love it (drink white stuff too)

How to stop being Beta/cuck/yes man ?