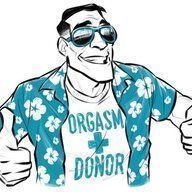 As you may know, this is this circular pattern of human macrosociety. The cycle has been broken, and western society is FUCKED. I dont know if it was a particular catalyst event, such as 9/11, that broke the metaphorical straw on the camels back, but I think it's been like this for at least 10 years.

Basically, technology has royally outpaced evolution, and now our bodies dont know how to cope. Anxiety, depression, and other chronic mental illnesses have exploded globally. Non natural properties in our household object completely fuck our hormonal profile. RFI radiation ruins our biological clock. Our bodies are weak and frail, the only thread holding humanity together is our trump card, mass society. Human beings are terribly I'll equipped for nature by themselves, but together with our extreme intelligence we have conquered the world

This brings me to macro disenthrallment.

There is no conflict. There is no war, famine, modern medicine is greatly increasing our lifespan, digital immortality is palpable this century, genetic augmentation will become the norm soon probably. We are basically unable to lose.

We are consuming more than we can make, more than the earth can replenish, more than our dopamine shocked brains can precieve. We are slaves to our ultimately useless modern habits. It's over.

What does this mean? Well I dont think society is going to collapse or humanity is going to go extinct or anything like that for a while. I think that the blackpill will become mainstream, and ugly people will become even more disenthralled with life. Now this can be good from a eugenic standpoint; if less ugly people are reproduce either because of the ridiculous nature of female standards or suicide/shutin syndrome, maybe our race can become healthier in the long run. Whatever, only prolonging the inevitable.

I think that we will be disenthralled even further. We will be even less motivated to produce and more motivated to consume to distract ourselves from our myopic ignorance of nature. Humanity will survive. Human nature will not. Everyone's gonna feel completely detached to each other and the world. We will lose the spirit that once ran rampant in ww2, or prehistoric times. Humans will only be humans in so far as they share the scientific moniker of homo sapiens.

If you want to be a human being. Go outside. I mean, really really deep. Find a trail or something and get as far away from civilization as possible. Camp out for a week or 2. Try to hunt for water and your own food. Force yourself to live minimally. Experience true fear of death. Sorry for the rambling.

I think I may do this soon. If i dont make it tell my family i love them.
T

on my sigma male grindset shit😤😤

it seems like everyone is just a slave to their own view of life. There is absolutely nothing connecting people to others in the western world especially, everyone is glued to their phones, waiting for their next hit of dopamine, coming from tinder or instagram or some useless shit like this.

I miss being a greycel
T

on my sigma male grindset shit😤😤

Dmitri Concept said:
I miss being a greycel
Click to expand...

You will always be cel 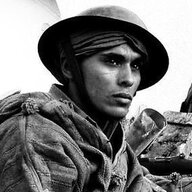 King Of Larps // Boss of The Square

Good layed out and thoughtfull post. Read everything
B

it seems like everyone is just a slave to their own view of life. There is absolutely nothing connecting people to others in the western world especially, everyone is glued to their phones, waiting for their next hit of dopamine, coming from tinder or instagram or some useless shit like this.
Click to expand...

Thanks homie. Go out in the woods. Dead srs
You must log in or register to reply here.