Redpill Manlets get treated like shit even when in a relationship and constantly get tested.

One would think that if a girl is with a manlet that the height doesn't really mater to the girl. Well at the gym their was a a manlet who looked like Pietro boselli 5ft 7 and jacked. But despite all of that going for him his girlfriend was looking at me and smiled at me. The dude then tried to talk more to his girl and went harder at the excercises he was showing her and he went hard in the next set.

It just seems that even when they technically won with a girl, they get disrespected. The foid also glanced at a 6ft 4 Hapa lanklet a lot. Its brutal that manlets need to do all that work and can still get disrespected.

This other girl looked at my direction and smiled a bit, and then the manlet boyfriend seemed to change his mood when speaking with his girl. Dude had a spanish accent, not hispanic but seemed from Spain and his foid also. He seemed to get irritated with his girlfriend. The manlet then grabbed a pair of dumbbells similar to the weight I was using for curls ( 30 lbs ) and then he repped out 35 lbs with a lot of force.

I thought it was comical. So not only do their girls give them more shit with open disrespect looking at other men while their around, the manlets feel under pressure that the girl will leave any second and thus feel the need to compensate.

Keep In mind its not always. Their other men who are of normal or tall height that do this insecure stuff, but I notice that the majority of shorter men. And I feel bad as they get constantly tested by their girls and disrespect their men. They dont disrespect the men when there of average height or taller. The men who are tall with their girlfriends I rarely see their girls try to test them. So a big difference in treatment via height. 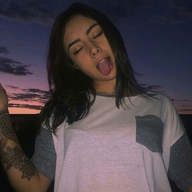 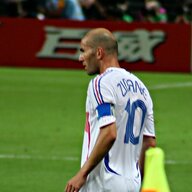 goddy said:
Imagine writing a whole essay to just say that being manlet is a death sentence
Click to expand...

Their is a reason I labelled It Redpill not blackpill. A lot of manlets have girlfriends. I was just remarking on how even when they "seal the deal" , its still not a smooth ride. Some manlets that are insecure constantly feel the need to outdo in effort taller men in the gym, and other times their girls eyes wander off at men who are taller and then they try to talk more to their girl to compensate , presumably in a way to distract the girl. 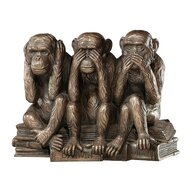 You're right. Here's an anecdote 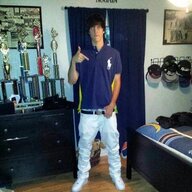 as if JBs dont do this shit too
A

Yup it's brutal. One can do all the steroids, hair, style, and personality maxxing but they still can get disrespected, while some man of even average height does nothing with a normal frame and still has girls interested in them. And the biggest irony is that some men who are manlets that get very jacked sometimes they look comical and the harmony is not their anymore. So then they Don't even get the respect from girls that they wanted in the first place from bodybuilding.

The good news is like your anecdote mentioned, they can still get girls. But they still face disrespect which is a slap in the face especially with all the work put in.
C

Every man gets tested. Even chad when another chad walks in the the room.

What that 5’7 man did was wrong. He showed his hand. Never appear like a man can take your girl (truth be damned).

These are all emotional high effort low status behaviors. Even if he was Chaddington she would be 2nd guessing his congruence. His perceived Smv would be dropping by the second in her mind.

Imagine instead he was aloof. Careless. Unbothered. Bored. Stretching. Texting. Admiring his reflection. Glancing at hotter chicks. Interacting with them. This is low effort high status behaviors. Signaling abundance. Even if he was not the best looking guy… His perceived SMV is going up by the second in her mind.

It’s these type of moments that can keep a girl chasing you or leaving you.
W

In a relationship I hope the girl will leave, not afraid
You must log in or register to reply here.

Blackpill You won't get noticed anymore -- not even as a Chad

drunk arab dude called me a nigger at a party right now, and
2