As a manlet you will only gain .2 points for each thing u looksmaxx (ex . muscles , grooming , skin care) that only gives u +0.2 points as compared to a normie or chad who can get up to +2 for just having a nice haircut . A manlet can never reach anything above an 8/10. I believe im a solid 6 and if i do looksmaxx with surgery and everything ill just hit a 7/10. Impossible for manlet to go above +8. As a manlet put urself in the scale 1-7 and then understand anything u work on its only 0.2 points. However a Chad its different. If your 6/10 you can reach +8 because if u just get a nice haircut & ur old haircut sucked thats +2 . Manlets can't achieve big points like this. Its much much harder. But its possible because i did it but i felt like i had to put 200% energy to ascend , a chad can dedicate 20% energy to ascend and focus the rest on being a successful person in society.

Manlets just have it hard. I recommend for manlets to look up to other manlets who are slaying ex. Kevin Hart. If u have any other popular names lmk . It motivates me to see other manlets slaying and makes me less want to rope.
Last edited: Oct 6, 2018 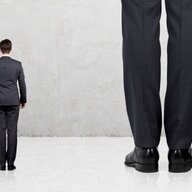 if ur a manlet start learning to simp. (in other words )

Have ascended at least .5 psl to 1 ppl points (and this is the best I have ever looked in my life)

It's funny af to have a closeted gay friend

Discussion Going to slave hard this summer for bimax

A
Motivation Don't take this site at face value. Tinder is not real life