Serious My Mom slapped me while I was driving 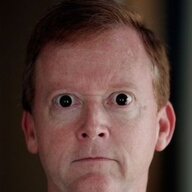 Today was probably the biggest fight I ever had with my mom. We haven’t fought in almost 2 years.
I was driving us home and I asked if we could stop by the grocery store because I wanted to by something, with my own money too. She kept on saying no and blah blah who cares.
Then I went on the topic of money, I started talking about how I wanted my money to be cashed out since I can’t use my own fucking money that I worked for because she has it in a card. She started telling me that I can get the fuck out of the house and find new parents if I didn’t want to deal with her rules. I was so pissed off and lashed out and said some pretty bad things, I was about to bring up the fact that I saw texts of her talking to other guys but my sister was in the car and was probably recording the whole thing because she craves drama like the whore she is. I called my mom a baby because she started having a tantrum and screaming at me and she slapped me while I was fucking driving. I had to stop because I couldn’t even move my fucking eye and I started yelling at her and saying shit. She said “sorry”. I can’t fucking do this anymore, my parents use the fact that I live under their roof and how they provide for me as an excuse to treat me like I’m garbage. They’re nice to my sister who does absolutely nothing in the house along with my brother while I get to rot. I can’t take it I’m gonna get emancipated this summer.

I even told my dad I want to get emancipated but I’ll need my own place and shit and he said “not my problem”. My parents want me out jfl they won’t even think about me when I’m gone. Fucking hell.

Get that nigger bitch off my screen.

Over I was traumatized by my mother

Tuesday at 8:30 PM
Bhupal57
B
E
The girl who has ever treated me the worst

Serious Was I molested?

Is drunk driving a Chad trait or an incel trait?