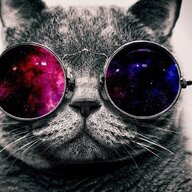 There is a tl;dr at the end.

I will start by saying yes, NoFap is actually good for you overall and I advise it to essentially anyone. But, its commonly referenced effects are exaggerated and generally outright false.

1. The physical effects are completely negligable. You wont get leaner or build more muscle from the extra T in your body. eventually your T will cap out after a few days of NoFap and there will be like barely any difference. However my personal theory is that it IS possible for there to be a SLIGHT physical difference in your face and body due to higher levels of energy resulting in better sleep and posture (again, just personal thoughts, might be wrong about this).

2. The TYPICALLY REFERENCED mental effects are basically all false. Notice how anyone who claims NoFap kills your inhib is an ugly bald reddit cuck with 0 social skills. They all probably got placeboed into being more assertive when ordering pizza, but it didnt get them anywhere near a girl jfl. Furthermore im 100% anyone who claims they got "complimented more" on their confidence is just lying, and the perception that NoFap got them more iois is literally just placebo + paranoia induced by not fapping (yes, there are actually negative effects to NoFap mentally, having 0 way to release your sexual tension results in a build of tension which leads to borderine psychotic symptoms like paranoia and irritation etc)

3. What NoFap IS useful for. The one and only thing which NoFap is really good for is simply training discipline and overcoming yourself. I believe strongly if you can actually defeat your sexual urges, you will become something akin to an ubermensch. There is little else which is on the level of NoFap for self control (outside of extreme methods like actually harming yourself). It will result in increased productivity in basically everything you do as a result of the increased discipline, its like training your brain; if you train your muscles in the gym, you will be stronger everywhere in general, NoFap is like this but for your brain. Furthermore I think it can make you a lot smarter and more alert; without the normie distractions of being horny, hunger, etc... you will be able to think deeper, clearer and quicker because your brain wont be mellowed out 24/7 into getting fried and clouded. I also think it makes you happier and more content with life due to the typical dopamine receptor theory. The same goes for cold showers and other redpill sigma memes, getting yourself acustomed to discomfort and denying your urges is maybe one of the greatest ways to improve yourself in strictly person ways (unfortunately, this wont directly lead to getting any girls or being more social).

tl;dr if you just care about pulling girls or socialmaxxing, NoFap is useless (doesnt lower inhib). If you just care about looking better, NoFap is useless (doesnt increase facial or physical aesthetics; T increase from NoFap is negligable). NoFap is extremely useful only for: statusmaxxers + monkmaxxers (discipline, self-overcoming), IQmaxxers (brain not fogged by mellowing urges), and NPCmaxxers (you will be happier with average things due to the typical dopamine receptor theory; NPCmaxxing is actually extremely legit). Same applies to typical redpill sigma memes like cold showers, etc...
Last edited: Mar 26, 2022 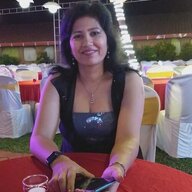 DONT COME TO MY FUNERAL IF YOU LIKE @2000 SLIGHTLY

No fap is impossible when @5ft1 exists 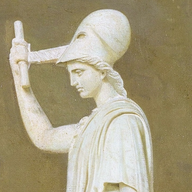 nofap is to put the cart before the horse

WannabeJock said:
No fap is impossible when @5ft1 exists
Click to expand...

straightest looksmax user
You must log in or register to reply here.

The true reason I oppose abortion

If u arent on nofap

Blackpill The biggest black pill about looksmaxing or bettering yourself
2

Theory You shouldn't be happy about roe vs wade overturn