[Shitpost] Group of ethnics is more intimidating than Group of BBC's

If you get a fight with BBC's.
- They have a strong niggerbond
- They're probably really good friends of each other
- Aggressive because of High DHT/High T and emotional because high E

BBC's are quick to kill you. They don't like sloppy seconds and will kill you within 3 seconds because of their physical superiority.

But @x69 .. ethnics are also superior to white European people
Click to expand...

you're right whoever had that thought..probably the whole forum.

What's the difference?
BBC will kill you quick.
Ethnics will grab your balls. Bite in your balls. Set your balls on fire. Cut your dick off. Glue it back together and cut it off again.
They will make sure you are hurt in every nerve that you have in the body. Believe me I am middle eastern myself. Don't fight a middle easterner.

THE WORST THING. You will survive an ethnic group attack. But is it really worth it? Tbh Death > Ethnic attack

whites are iq so they win nonetheless

Why do these useless posts get approved
X

qwep said:
Why do these useless posts get approved
Click to expand...

How did you get approved to this site. @Tony Tbh?

x69 said:
How did you get approved to this site. @Tony Tbh?
Click to expand... 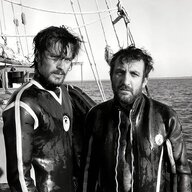 Venting There is nothing more insufferable than living with old people

D
Blackpill Why pedophilia is less degenerate than homosexuality.
2 3