Some fathers walk away because the mom is a cunt

Some fathers see constant arguing around kids as damaging. And if the mom continually threats the father, trying to provoke him into striking her so she could use that against him, he has a minimal option. "You're nothing but a sperm donor!" A mom might tell the father. "I don't need you!"

If the father continues pushing to see his kids, she'll continue pushing back until finally, something terrible happens. And during that drama, can you imagine the damage done to the child or children having to witness the fighting? And some moms are clever cunts. They'll play the victim role when the kids are around. "Look what he's doing to Mommy! He's hurting Mommy!" She would tell the kids as the father debates with her, thus angering them against the father. And when they aren't around, she might say, "You're a big fat pussy! Why don't you hang yourself, you pathetic excuse of a man! I'm gonna hire someone to put you six feet under the ground."

Then we have custody court, thus visitation. And as she continues to push, the kids must suffer and be brought before that court and have to talk to strangers and be visited by family services. And if there's anything the mother could use against the father, she will use it. And if he has anything against her, the courts might take the kids away from both. And so she might say when the kids aren't around, "If I can't have the kids, you can't either!"

So the father walks away not because he doesn't love his children. But because he loves his children that much. And usually, fathers like that will eventually rope. But some understand the consequence of such action. If he ropes and the children find out...perhaps, one of them might as well. So he can't even rope.

Now imagine a good father, but he's strict with his children. No cussing. No hanging out in the streets. Bedtime at nine every night. Chores after school and on the weekends. Now imagine a mother telling the kids they can cuss all they want. They don't have to do tasks. And hey, if they wanna smoke cigarettes, knock themselves out. Also, they're free to come and go as they please. Which parent will the child favor then?

Not to change the subject much. But using the above as a metaphor reminds me of politicians. The Republican is the good father. Demoncrat, the cunt mother. Ugh.

So whenever you hear about fathers not seeing their children. Or, if you're a child that hasn't seen your father in years, consider things you don't see. Such as your mother might be a fucking cunt. But that doesn't mean you shouldn't love and respect her. She's your mother. And fathers have mothers of their own too. And good fathers respect their mothers. And perhaps, he would never want to separate the child from its mother. So he accepts the villain role. "I'll be the bad guy." 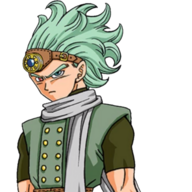 Satoshi and Kasumi...I used to envision Kasumi wearing a black dress and constantly cycling between arguing and passionate love-making with Satoshi.

Satoshi and Kasumi...I used to envision Kasumi wearing a black dress and constantly cycling between arguing and passionate love-making with Satoshi.
Click to expand...

Well. Not sure what that has to do with fathers never seeing their children but, okay.
You must log in or register to reply here.

A
Venting The story of my life part 1

Serious Somehow I like the USA for banning abortion...