[Method] The only way to truly rate yourself.

There is more to attracting women than your physical appearance, you could look like prime gandy and still not get laid because you LDAR your life away in your mother's basement.

On the other hand, do you have a decent social circle? Do you go out with your friends to clubs/parties? Are you mentally stable? (no problems communicating due to things like autism)Are you financially stable? Do you socialise? If you answer yes to all of the above and still can't fuck the girls you want to/can't get laid at all, lower your standards or if you don't want to do that, improve your looks. Don't want either of the above? Time to escort/prostitute cel. 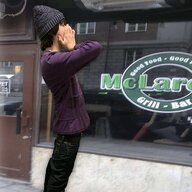 Depends, tbh. Iv had Chad friends and incel friends. Both of which were good friends. The chads never knew I was a kissless virgin though. My anime waifus are all 10s.


battlefieldincel said:
On the other hand, do you have a decent social circle?
Click to expand...

Have anime and manga friends.

tbh tbh
i never had friends, once talked to another autistic kid about video games but i started talking about my school shooting wad and he got creeped out
You must log in or register to reply here.