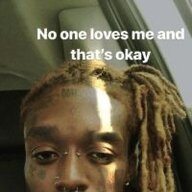 Missing key component of resolving tension and anxiety in body that results in ones voice being constricted and weak. 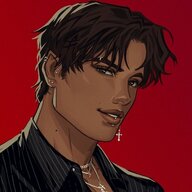 No bimax no party
H First I spoke normally and then imposing it as low as I could: 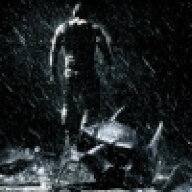 I did the recording in the app and then i wanted to share the voice-recording here but argh i did not find where the phone saves these..
So here another one

So i have less than 96HZ, that is supposed to be the ideal in the study? What was the study? I wanna read up closer
It says i have 71Hz voice depth, and average 89hz.
So i guess i cannot raise my attractiveness by getting an even deeper voice? Hm.
Vin Diesel and Morgan Freeman sound much better i guess
(ok, Diesel is supposedly 58hz and Morgan freeman 67hz, according to the app)

I guess next to deepness there is pronounciation and loudness and stuff.

"two separate studies have looked into the most attractive pitch for male voices and found that’s it’s around 96 Hz. That’s Obama, Patrick Stewart, Morgan Freeman - to put it into context. Once the voice drops below that frequency, it sounds more dominant but less attractive.

Actually, on that point, pitch doesn’t explain all that much when it comes to attractive voices. A recent study found that, for men and women, the breathiest voices were the most attractive. Previous studies have also found that well-articulated and non-nasal voices were attractive."
-> so that seems to give me the answer, lower than 96Hz is more dominant but less attractive, so i seem to be close to ideal attractive but more dominant, so that seems pretty ideal to me

Study notes on ideal male pitch (how much hz herz):

- “On average, men produce lower voices than women: this is because of the effect of testosterone during puberty that lengthens the male vocal cords, thereby reducing the frequency and making the voice deeper. Men with lower voices are therefore perceived as more masculine and dominant than men with higher voices.”

- “Attractive male voices are around 96 Hz and the most attractive women voices are up to 280 Hz. Men and women with more attractive voices reported more sexual partners and a younger age for their first intercourse.“

[In some populations, such as the Philippines, women prefer men with higher voices and men prefer women with deeper voices. – wot!]

Men with deeper voices while singing had less sexpartners

“ The lower tone of male speech was linked with higher sociosexuality, but the deeper tone of male singing pointed to lower sociosexuality. It can be explained by the "expensive signalling theory". The pitch of a voice is given by the length of the vocal cords, as most of us speak "economically" - vibrating the vocal cords to their natural frequency. It is much more difficult to vibrate long vocal cords (for example, while singing) to produce high tones than vibrate short vocal cords, whose carriers usually speak with a higher voice. Only the most capable individuals are able to speak naturally in a deep voice and at the same time squeeze out an ecstatic tenor. They will receive the greatest favour of women and a higher score of sociosexuality with it, which positively correlates with the number of sexual partners.”

-> so speaking deep voice is attractive, but being able to have this and also sing in higher voice is also attractive

“We found a nonlinear relationship between lower pitch and increased attractiveness; men’s vocal attractiveness peaked at around 96 Hz”

-> meaning 96 Hz to have maximum attractiveness to women, lower voice than that is judged as more ‘dominant’, but not more attractive

The lower the voice, the higher men and women judged his dominance

“Together, these results suggest that the optimal level of physical masculinity might differ depending on whether the outcome is social dominance or mate attraction.“

Like with beards, which they tested in same study: the longer the beard, the higher the dominance

But it was not ‘the longer the beard, the more attractive’ (actually attractiveness-rating was nearly the same for attractiveness, from clean shaven to light to heavy stubble to beard)

“Although ratings of dominance increased linearly with increased facial hair growth or decreased voice pitch, attractiveness judgments were not obviously dependent on facial hair levels. The most attractive voices were those that were lowered by 25 Hz instead of 50 Hz, with an extrapolated maximum in attractiveness at 96 Hz.

That is, the optimum level of facial hair and voice pitch for male–male competition, assessed by ratings of dominance, differed significantly from the optimum level for mate attraction, assessed by ratings of attractiveness. The benefits that females derive from reproducing with the males that are the most dominant compared with most attractive might vary in time and space, leading to fluctuating selection pressures ( Wong and Candolin 2005 ). Dominant individuals might enhance their reproductive success if their competitive strategies assist them in being better detected or more positively evaluated by potential choosers, or if their strategies lead to more mating opportunities ( Wong and Candolin 2005 ). There are several examples within the human sexual selection literature of instances where the version of a trait or behavior that is rated most attractive by the other sex is different from the version believed to be most attractive to potential partners, including male muscularity ( Pope et al. 2000 ), female make-up usage ( Jones et al. 2014 ), and female adiposity ( Fallon and Rozin 1985 ). Although this research is sometimes given as evidence that one sex misconstrues what the other sex wants, an alternative or complementary interpretation is that the differences arise from the differing requirements of successful inter- and intrasexual competition.”

-> Super interesting. Pretty Boy vs Ultra-Alpha of the group who grabs the women cause of his power in the group?
Notes of other Studies regarding what is an attractive voice:

“Strong main effects were obtained for the average fundamental frequency manipulation, with high voices rated as significantly less attractive to women than either medium or low voices, which do not differ in attractiveness.”

Male-to-male competition basically means men range themselves in order of dominance, basically the men decide who gets the women

I guess this was mostly in old times? Now we are in big anonymous cities.

Now when the woman uses tinder, she just sees the picture, then meets you alone on a date. I guess ‘status’ is the whole thing, but status in modern times is not just given by men, it’s the same given by women. Eg movie star is a movie star not just because of male fans but also of female fans.

“It is generally believed that success in male–male competition genuinely reflects high quality and that female preference for dominant males should therefore be widespread. However, recent studies suggest that male dominance is not always attractive and that it does not necessarily predict superior parental quality, better genes or other forms of benefit to females. In fact, the costs of choosing a dominant male can sometimes outweigh the benefits. When traits selected by male–male competition do not reflect overall mate quality, females are expected to use other choice cues and might occasionally prefer subordinate males. Thus, male–male competition and female choice can sometimes work in different, or even opposing, directions.”

“It is generally thought that winners of male–male competition are of superior quality and that it would be in the females’ interest to mate with these males1–3. Thus, dominance per se or traits reflecting it, such as large body size, heavy weaponry and intense signals of fighting ability (such as status badges; Box 1), are expected to be important cues in female choice. Indeed, female preference for dominant males has been found in many species... but an increasing number of studies are showing that dominant males are not always preferred by females” -> just some stuff about animals

“The sexual preference for men with deep voices has been recorded in indigenous peoples from the Amazon to Tanzania and countless other Western and non-Western examples. People associate deep voices with hunting abilities, career success and strength. We rate politicians with deeper voices as more serious and electable, regardless of sex. Male and female job candidates with lower-pitch voices are also more likely to be hired. If you want to get by as a competent speaker, it pays to go down an octave or two

I guess it’s the same with faces: a perfect average is a great base, then you add some dimorphism

And the dimorphism – there has to be some of it to be attractive, but nessarily more = better

Same with height eg, women want ideal man to be 25cm taller, not ‘the taller the better’,

same surely also with penis size, a typical woman does not prefer a 10inch-girth-penis – she prefers an above average penis

also average woman does not like bodybuilder mr Olympia, she likes physique competitor at best

I think on this forum here we overestimate how important male to male competition is,

and then assume what we think best is also what women think is best.

And then think that the perfect male is like

And I think sometimes there seems to be evidence for that, in the form of a small minority women who have a fetish to some extreme things and going cracy for them, then me thinking ‘omg, this is what all women want’

Mumbling men are more sexy than men who clearly pronounciate

-> it seems they think clearly pronounciating is tryhard beta

-> wtf is a husky breathy voice 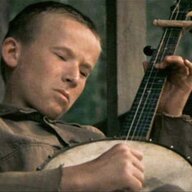 side tangent here but why is it NO MATTER where you go in the u.s.a everyone has this weird valley accent? (I have a brookln accent and am from the northeast) Like you can be in butt fuck arkansas and everyone sounds like they are from san francisco? sorry to sperg out but I miss when in the 90's everyone had their unique accent
You must log in or register to reply here.

Looksmax I have most attractive Voice, lowering would it would make it more unattractive..

Guide HOW TO SMELL LIKE A KING: The Ultimate Guide To Fragrance and Pheromones
2 3 4

Blackpill How to mog someone

JFL Sv3rige argues with a stickman