Redpill Being angry is GOOD not bad

"Why is he so angry!He must be mad cuz he doesn't get laid!Haha!"

You should be fucking pissed

Girls treating you like shit?Fuck yea you should be fucking PISSED

Not getting laid?Hell yea you should be angry

People trying to shame you for being a man with needs and desires?Fuck those piece's of shit

"Hey you aren't entitled to women and sex!Just WHO do you think YOU ARE?"

They don't want YOU to recognize YOURSELF as human

They want you to have a shame complex just for existing

They want you to believe that you are stupid,wrong,evil,bad,and to distrust your own self and your own instincts

They demand an apology for your existence

It's called "invalidation" and it's a way to manipulate people.Basically take their personal power away by making it so that they don't believe in themselves anymore

So get fucking mad.It's good for you

It feels good to get pissed off

too.much.paragraph OGRE I wont read it 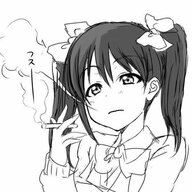 Anger is a gift?

What roids are you doing lord ops?
You must log in or register to reply here.

Why being virgin is so bad

I'm tired of being ignored

Blackpill Do you think people who choose not to be themselves are sad/ pathetic, or just realistic.

Don't you feel bad when you see 40 years old incels?

Blackpill God is not a man