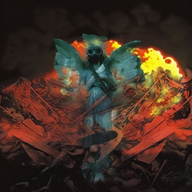 Ozgur remembers life before the invasion – before the invaders-issued estrogenic potions, the sissy and frilly lingerie, the face veils showing only their feminine eyes and mandatory chastity. He lives on the war-torn outskirts of Iconium (Previously Konya), where he hides his beautiful brunette step-sister Elif from the clutches of the brutal new german army.

As musclebound german soldiers prowl the countryside searching for fertile turkic women, ozgur will stop at nothing to protect sweet Elif's purity. In his harem sissy outfit, Ozgur gives his tender feminine body to a gang of pitiless german alpha soldiers: the ultimate act of courage and sacrifice. But is sissy ozgur prepared for the overwhelming demonstration of power and domination? The encounter brings him face-to-face with his worst fears... and his most unspeakable turkic sissy fantasies.

Acclaimed author and pro domme Aysun Akbos presents a tantalizingly political vision of the future. Her powerful, vivid, fly-on-the-wall passages of three-on-one interracial man-on-sissy action push the boundaries of sensual fiction. The GERMANIC KINGS have their way with Ozgur's sissy body, pumping and pounding and cursing through one of the hottest gang scenes in the history of the genre. And interspersed throughout the sizzling prose, a suspenseful narrative full of imaginative world-building unfolds.

Experience the true power of GERMAN BVLLS in Armor. Prepare to pay the ultimate reparations for Manzikert. Explore the mind-bending world of GERMAN FUTURE, the first book in Aysun Akbos's brand New series
You must log in or register to reply here.