It's the first day of my senior year of college and I made it my goal to try to socialcirclemaxx and approachmaxx while I still have time here.

I overheard two foids talking in the row behind me before class started and before I would've ignored them but then I heard them talk about how many classes they're taking.

I then turned around and told them how many classes I was taking and completely interrupted their conversation and inserted myself into it.

Before I would've looked forward and kept silent but I'm trying to ascend.

Then I recognized those two girls from classes I had before and I told them I remembered them.

Then one of them told me how she likes how I grew out my hair. I told her that I buzzed it last semester (because I fucked it up while cutting it and had to but I didn't mention that part) and that I planned on letting it grow below my shoulders.

She then said how nice it is and how I shouldn't cut it.

Then she said multiple times that I look good. I'm pretty sure she even one said that I look so good. I then mentioned I've been going to the gym the past two months.

Keep in mind I barely knew these girls outside of being in the same class and a few in class assignments.

The girls the whole time were acting giggly just like they stereotypically do around Chad.

I looked around the classroom and realized it's just a bunch of old soyboys and that I have the highest male SMV inside the class.

A few minutes later and I faced forward as the conversation ended by some other foid injecting herself and that was it.

I feel it though. Ascension is at hand boyos.

I'm partnered up with a foid for a group project in this class and if she's cute I'm going to get her number to go out when I meet her.

Then there are some Asian foids in this class I might try to get their numbers from.

The girls I was talking to I'm not into but still it's awesome life fuel.

Edit: There was also this Asian foid I saw sitting alone at a bench that look kind've distraught and I planned on telling her she looks sad as an opener but I realized it's the first day and I'll have plenty of opportunities to approach later plus I was all sweaty from these mondo hot classrooms. Either way though boyos I feel like there's a strong chance I might ascend soon. 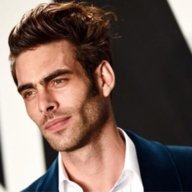 Good luck, but you need to implement that tactic I told you about approaching JBs when they leave high schools.

Unwanted said:
Good luck, but you need to implement that tactic I told you about approaching JBs when they leave high schools.
Click to expand... i only get compliments on my hair

Is it suifuel if women only compliment your fashion? 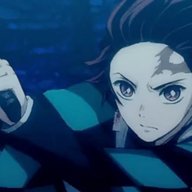 What if you get complimented by gay dudes, what does that say? I am curious as I had this happen to me.
X

satoshisacuck said:
What if you get complimented by gay dudes, what does that say? I am curious as I had this happen to me.
Click to expand...

Take it as a compliment. Those high E low T male abominations think like females but are direct and honest like normal males. Just take the compliment but make clear you're not gay
You must log in or register to reply here.

Serious Just got KOed by instagrampill

A
Cope Volufilline for dark circles

I
I started getting more matches on tinder by manipulating face