Tried going to bars, a bunch of boomers with their wives (JFL) and dangerous looking ethnic men on a Friday night, few girls were there as friends in groups.

Tried asking out 8 girls at my college (https://looksmax.org/threads/my-college-approach-log.336/), got 3 numbers, 1 is a Chinese girl that looks weird (way too young like 5 years old and can barely speak English) the other is a Filipino that I never noticed how fucking old she looked with a revolting tranny like voice that I never even paid close attention so until we had to do groupwork in a brightly lit classroom yesterday.

So just forget about that, it's over.

Only 1 left is this amazing Chinese girl, speaks perfect English, looks qt. I say hi and bye to her every Tuesday and Thursday when we have class. I've made some small talk, I've got her number, she agreed to study and get coffee with me.

She saves a seat for me so I can six next to her, we always sit next to each other. So she has obviously doesn't find me revolting despite the fact I browse the whole class on incels.me and 4chan looking at anime girls (ecchi till I die, shawty so kawaii) and I'm sure she's noticed. I've also randomly started speaking Japanese in the middle of the class and did it again today (it's a linguistics class so it's kind of relevant and the professor is Japanese so I talk to practice my accent).

Despite all this she still sits next to me and talks to me. I show up to class in anime t shirts and t shirts with Japanese artwork and lots of kanji and she still hasn't moved to the other side of the classroom.

Here's the deal boyos. She agreed to study with me. I want to get her off the campus, into my car, and to some café to study with me to make it romantic and to send messages I'm not there just to be friends. Then I have plans of using some kino (touching her shoulder) while we're in the car on the way there/on the way back and a little flirting (saying how much I love her hair then brushing some strands with my hair and how amazing she looks in what she's wearing).

Here's the plan. The midterm is on the 23rd, the review day is Thursday and I'm going to ask her on Tuesd....

OH SHIT. I JUST REALIZED TODAY IS TUESDAY AND I WAS SUPPOSED TO ASK HER TO GO STUDY WITH ME THURSDAY

I DIDNT WANT TO SURPRISE HER AT THE LAST MINUTE. OH FUCKING SHIT WHAT THE FUCK DO I DO OMG

If this doesn't work I'm not going to become a oneitis fag like @blackopstruecel.

I don't know what I'd do, probably sit on the opposite end of the classroom and never say a word to her again.

All I want is one waifu. If I could get her in the west I would but this is my last shot.

If it works out with her I won't even have to go to Japan or if I still do I would bring her with me.

I have fantasies of telling her come with me to Japan in January once we're done with school and us going on this amazing adventure where she'll fall in love with me and be very guarded and jealous of me around when we're around Japanese girls but I'll tell her how cuter she is and that's why I brought her with me since she's better (a lie). 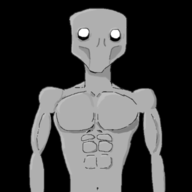 Don't put all your eggs in one basket. Good luck with the girl, but remember that even if this one doesn't go as planned, there are still loads of options out there. It's brutal for guys right now in the dating scene, but give it time, and you're only gonna get an easier time assuming you keep trying, play your cards right so you don't get known as a creep, and keep looksmaxxing.

SomethingOff said:
Don't put all your eggs in one basket. Good luck with the girl, but remember that even if this one doesn't go as planned, there are still loads of options out there. It's brutal for guys right now in the dating scene, but give it time, and you're only gonna get an easier time assuming you keep trying, play your cards right so you don't get known as a creep, and keep looksmaxxing.
Click to expand...

There is no other girl for me except in Asia.

I only have 3 classes left after this semester until I graduate and this class is required for all students. That's the only reason I met her.

In my major classes the girls are all trash and old.

In the job I would work the foids are all middle aged and disgusting.

This is it for me in the west.
You must log in or register to reply here.